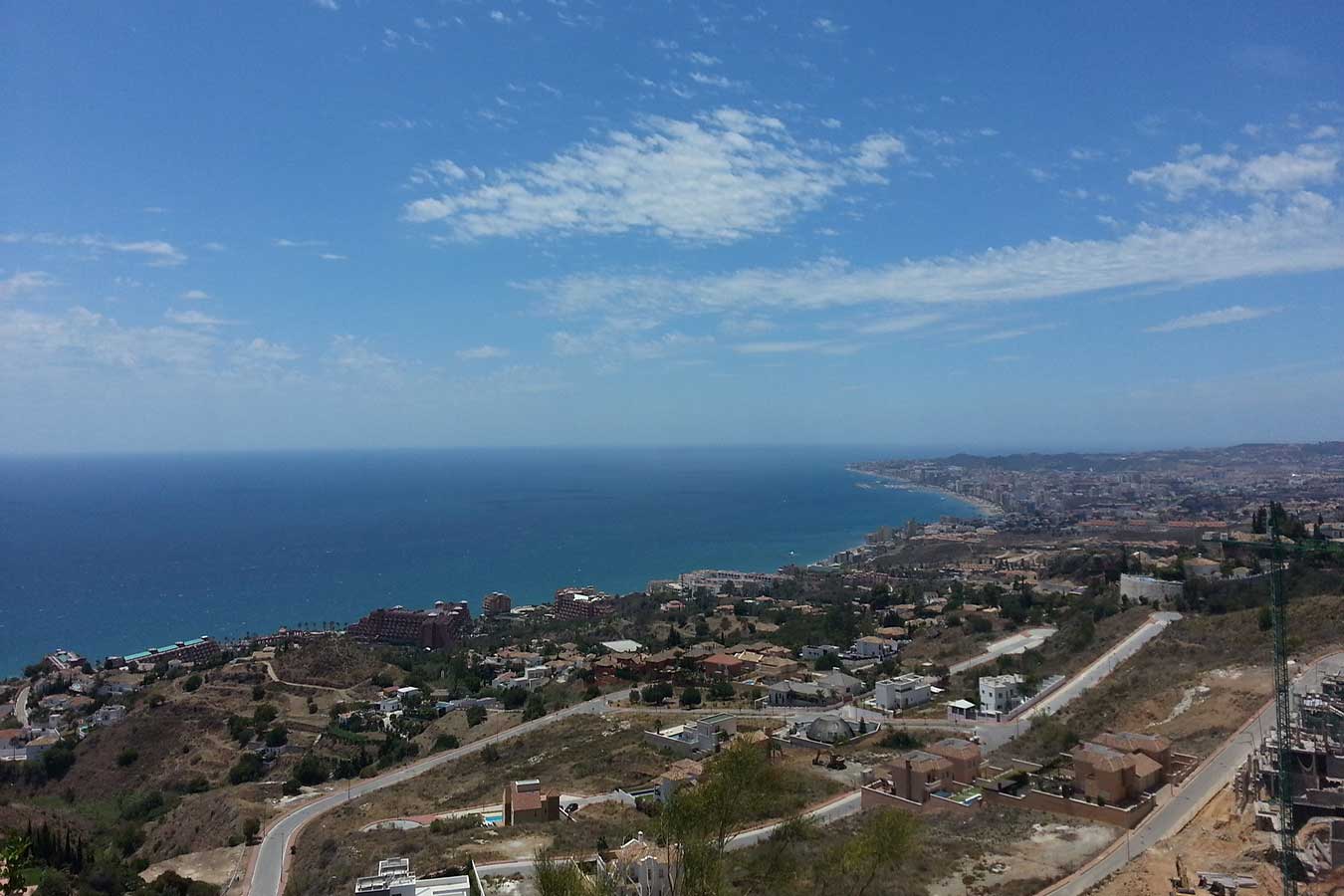 Malaga first impression is not encouraging with a large and busty sea port, and with a population passing 600.000 it's the second city of Andalucia after Seville. Yet, many visitors don't get further than the airport, the bus and the trains station.
But if you decide to penetrate this city, you will find one of the most atmospheric and historic cities in Spain, Lorca described Malaga as his favourite town and, given a chance, it can be an attractive place.
Incidentally, Picasso was born in Malaga and you can still visit his birthplace as well as the famous Museo Picasso Malaga, housing his major works.

At the entrance of Alcazaba stands a Roman Theater unearthed in 1.951, has been constructed in the second century BC and is now used as an auditorium for various outdoor entertainment.
From there an a path winds upwards to the citadel which is Roman too in origin.
The Moors began building on the hill in the 700s, the Alcazaba with its interior palace, dates from the early decades of the 11th Century. It was the residence of the Arabs Emirs of Malaga.
The recently refurbished small palace houses displays of ceramics found during archaeological excavations.
Above the Alcazaba, stands the Gibralfaro Castle, built by Yusuf I of Granada in the 14th Century, has formidable walls and turrets, it has been wonderfully restored and now houses an interesting Museum of the Gibralfaro History.

Dominating the views from Gibralfaro, you will see the unfinished Cathedral, as it lacks a Tower on the west front because a radical bishop has donated the earmarked money to the American War of Independence against the British.
La Manquita, the one armed lady, in its interior is distinguished by a carved and naturalistic 17th Century works donated choir stall with magnificent sculptural work.

The museum is located just round the corner from the Cathedral. The permanent collection consists of 204 works donated by the family.
The temporary collection comprised works and special exhibitions, not all connected with the Artist.
Casa natal de Picasso. Picasso's birthplace and family home is now the headquarters and museum of the Picasso Foundation.

The main shopping area for designer label and shoes is Calle Marques de Larios together with its surrounding streets.
Malaga Night Life. Most of Malaga night life is is north east from the Cathedral,Plaza de Uncibay, Calles Granada and Beatas and Plaza de la Merced.
Flamenco and the few shows in Malaga aren't too much. Many events, generally free, happen in and around the town throughout the year and the tourism Office is the best source of information.