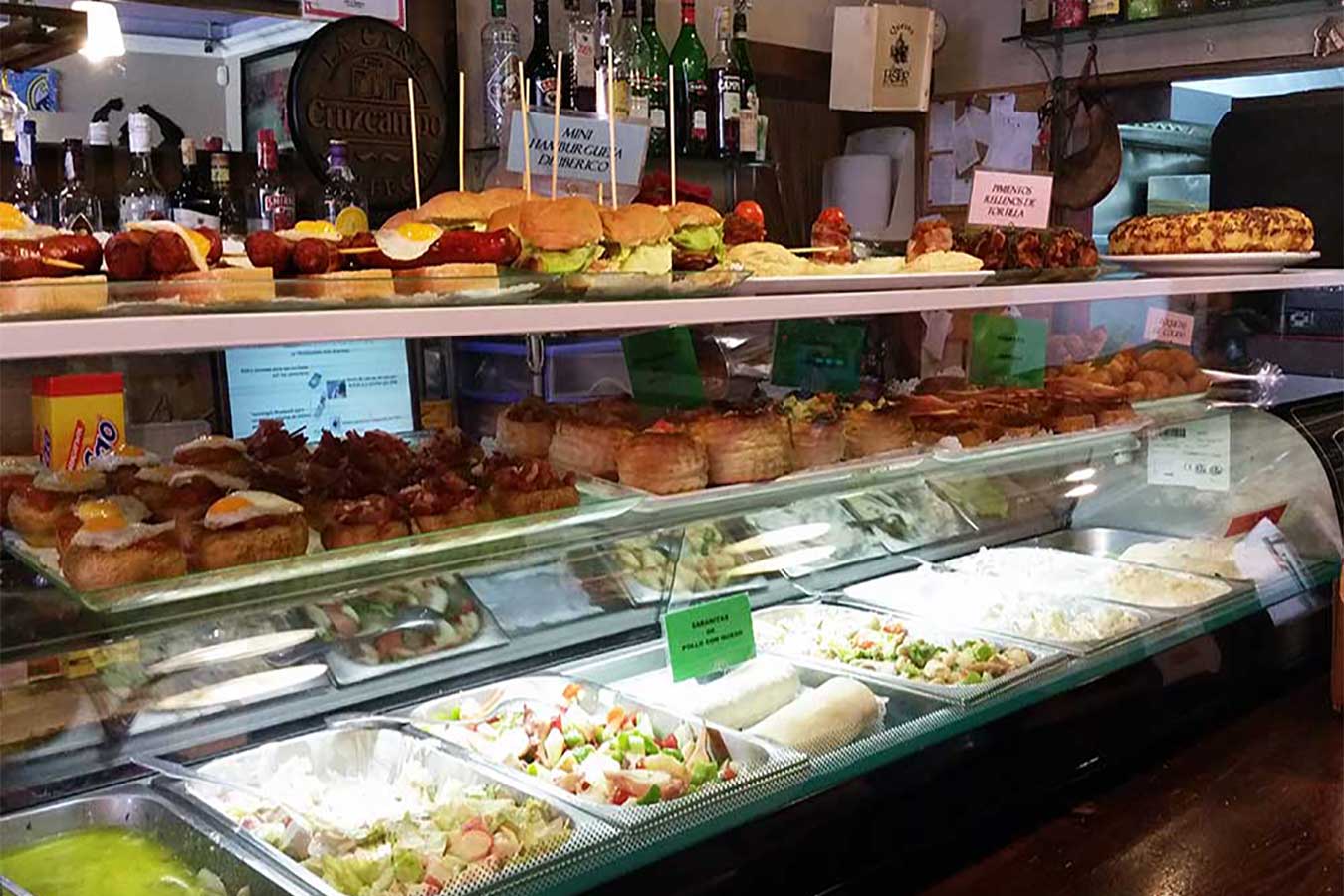 The flavours of the cuisine in Andalucia, reflects the history, as Andalucia has seen waves of traders and invaders attracted by the Southern Coast shores.
The Phoenicians introduced the Olives and Andalucia produce today more than 20% of the Olive Oil in the World, the Greeks brought the wine and the Moors introduced citrus fruits almond and spices.

One Tapa is a small plate served up by the mains bars across Andalucia, tapas are arguably the world's greatest snacks, prices are around 1 to 3 € for a standard one.
All Andalusians are passionate about the Tapas which are normally eaten when going out with friends, usually tehy have a lively debate for the best place to stay.
The "tapeo" is a visit of several bars, ordering only one or two tapas in each bar, main tapas are: cured ham, garlic fried prawns, marinated Tuna, eggs stuffed with tuna, marinated anchovies, potato omelette, shrimps fritters.

The gazpacho, a cold soup, is an emblematic dish, habitually served chilled in the heat of the day.
It was the ancient Greeks who came up with the prototype of the gazpacho in the form of of a bread and salt soup.
The Romans legions imported into Spain, adding Olive Oil, while tomatoes and green peppers went into the mix in the 16th Century. 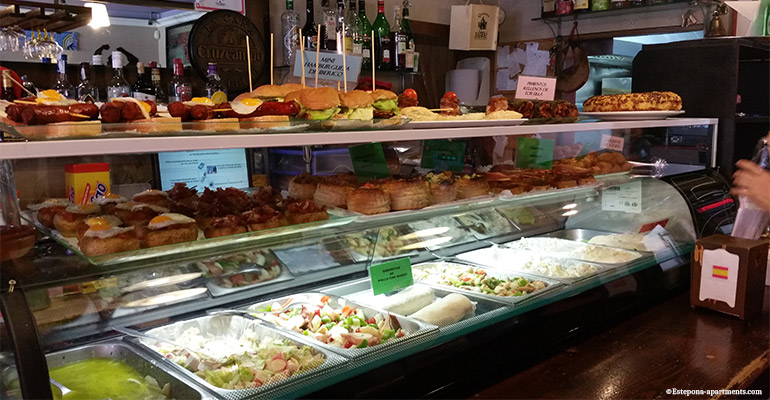 The typical fried fish in Malaga is a must don't forget to taste it at any of the many Chiringuitos (Beach bars) across the promenades of the Costa del Sol.
Fried anchovies from Estepona (In Spanish: boquerones) are one of the most typical dishes of the area, they are always eaten first. Plates of fried fish (In Spanish: pescaíto) are part and parcel of any lunch or supper on the Southern Coast. Pescaíto comes in lots of forms, although it’s all small and all fried to a crisp. It also comes whole so expect bones, eyes and fins on your plate.
The conditions of the Alboran Sea, where the water from the Atlantic Ocean and the Mediterranean Sea meet, creates great biodiversity which is visible in the coast of Estepona.