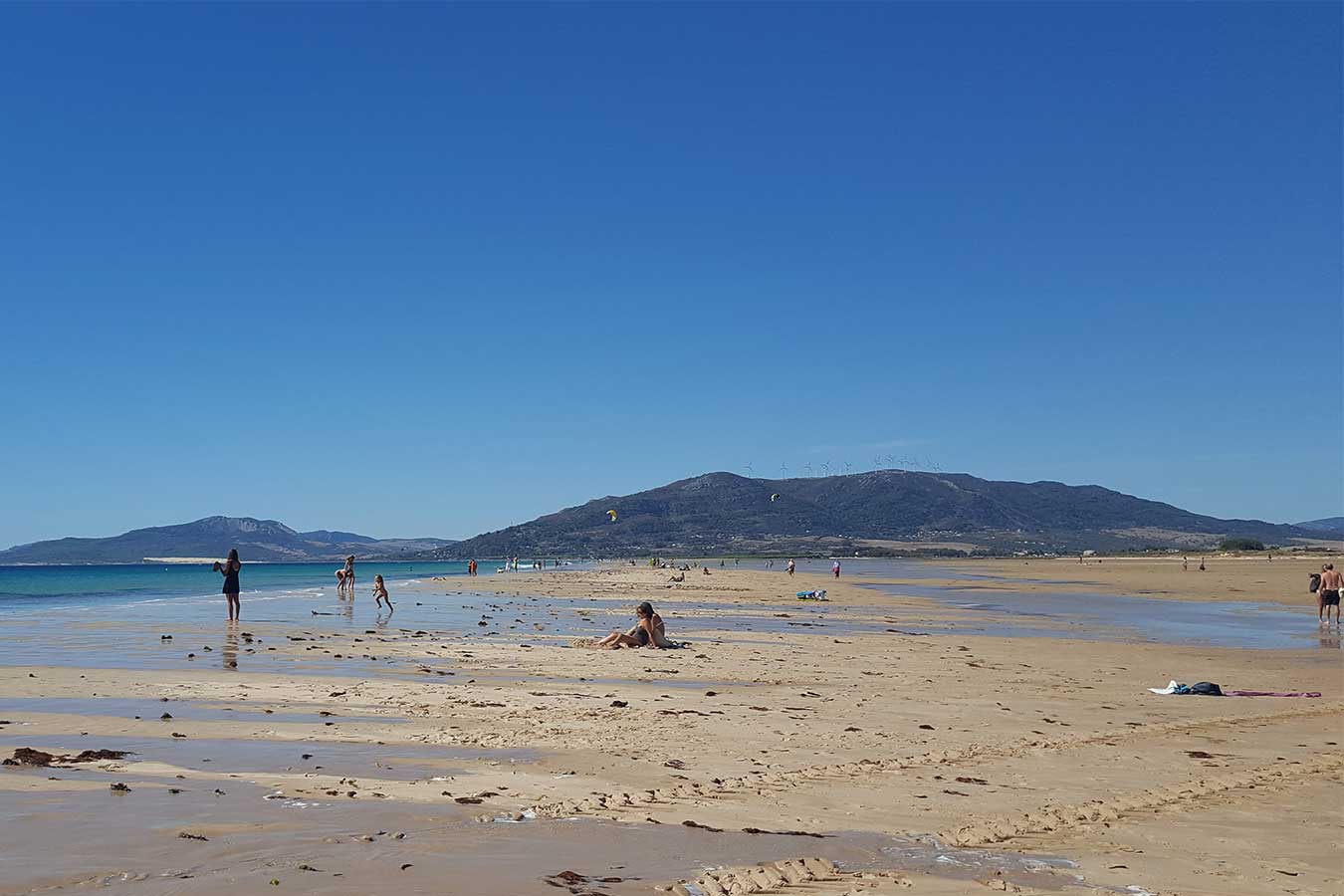 The Andalusian region is situated in the south of Spain. The coastline is shared between the Atlantic and the Mediterranean with the seas joining at the bottom in the Strait of Gibraltar. Tarifa, continental Europes southernmost town, is only 15kms. from Africa.
Andalucia covers 17% of Spain, 87.000 square km in total, making it the largest single region in the country, with an area greater than countries such as Belgium, Holland, Denmark, Austria and Switzerland.

There is an amazing contrast between the warm Guadalquivir valley to lush low mountain areas, from volcanic landscapes such as the Tabernas Desert to the white peaks of Sierra Nevada.
Protected areas as Parque Natural de Cazorla or Parque Nacional de Donana offer a natural countryside full of vegetation and keeping the varieties of animals protected from hunting and human interference. 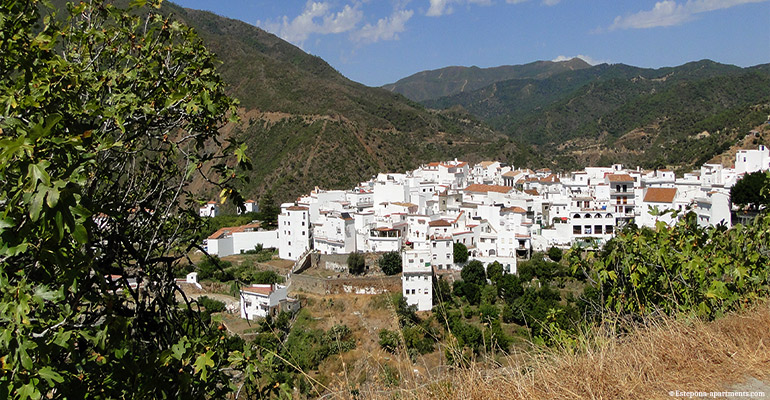 The whitewashed villages of Andalucia are impressive historical monuments in themselves, and their people still live according to age-old traditions, inherited from their Iberian, Roman and Moorish forefathers.
Casares is a picture postcard village, within an easy reach from our holiday rentals in the Port of Duquesa, with a population of just three thousand and the view from the approach is definitely worth a photo. Most of the white villages are beautiful but there is something very special about the sight of Casares that causes the visitor to park the car and simply stare or take a photo. 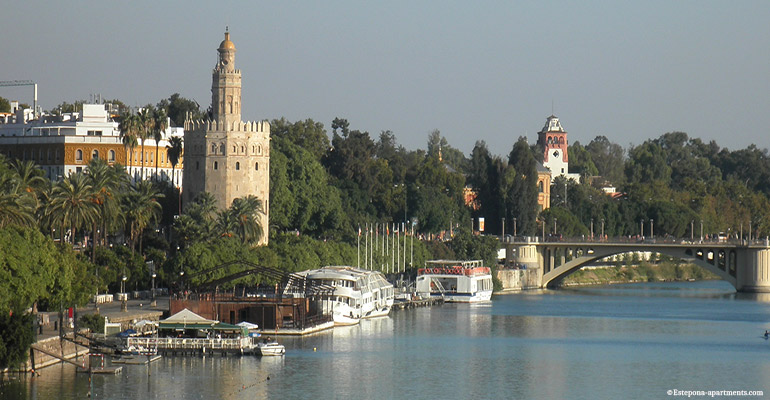 Searching back through time provides some interesting facts about Andalucia and the different cultures that have emerged from the various settlers and invaders.
Going back to the year 411 A.D. indicates where the name Andalucia was derived from. A group known as the Vandals descended from the other side of the Rhine and chose to settle in the Guadalquivir valley and North Africa. They linked the two coasts for over half a century before being run out by the Visigoths. However, before this happened the area had been named Vandalusia.

In the year 711, the Moslem's arrived to the region. The caliphate of Cordoba was the most sophisticated state in Europe.
For eight centuries, the Arabs enlightened the area with agricultural techniques, botanical and scientific knowledge, poetry and intellectual development.

The breakdown of the political system in 1236 was pounced upon by the Christian kingdoms in the north of the peninsula to speed up their retaking of the area.
In 1236 Cordoba was the first to fall followed by Seville in 1248.
The last stronghold, the kingdom of Granada was finally conquered by the Catholic monarchs in 1492. 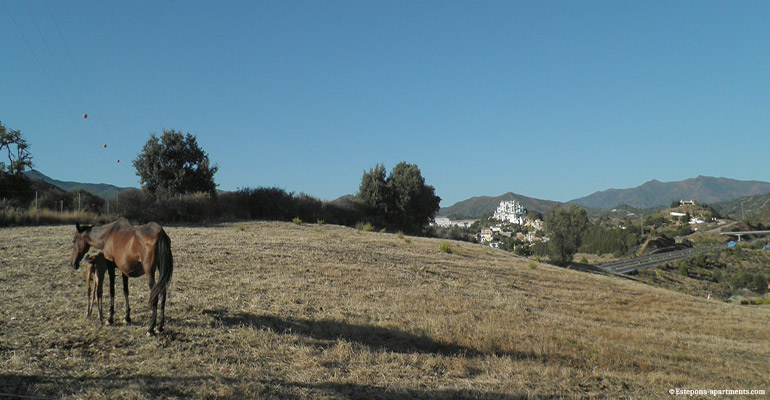 Andalusia has a mild climate, its wonderful beaches that stretch from Murcia to Portugal, the snow in Granada reaches a kilometres to the sea, the olives tree in Jaen, their Parks and Nature Reserves, the best conserved of Europe.
Andalucia has also the famous white villages, its flamenco songs and dances,friendly likeable people and its wonderful life-style.

Flamenco is a passionate and seductive art form, a mysterious and misunderstood culture that has been burning in Andalucia for nearly five hundred years, and today flamenco has thousands of aficionado’s worldwide.
Flamenco has been shrouded in mystery for many years, and it has only in recent years become known to, but not fully understood by, the rest of the world.

Many people witness flamenco in some form during their summer vacations in Andalucia, especially on the Costa del Sol, where there are flamenco Tablaos in abundance, these though rarely show the true flamenco.
Andalucia is a place that burns with life, colour, and romance. It is a place of music and dancing, of plucked guitar strings, and the snapping of fingers, clicking castanets, and the stamping of feet, all of which mould together to create this wonderful culture we know as flamenco.

Bullfighting as we know it today, started in the village squares, and became formalised, with the building of the bullring in Ronda in the late 18th century.
From that time, it began to follow a particular sequence of events: the entrance of the bull, the picador, the banderilleros, and finally the matador (bullfighter).
Many of the picadors' horses were injured in the early days, so these heavy horses now wear protection.
Ronda is the oldest bullring in Spain. It hosts the famous Goyesque Fair in early September. Some bullrings house bullfighting museums. They can also be used for other events such as pop concerts.